THIS IS A RED FLAG

Hope your day was spectacular!

2016 and the voting for our new president begins.

Today, I want to talk to you about an experience I had recently. Talk about shell shock! I must pass this on to you even though I have no doubt some of you know about what is going on in our voting process. Not only in the Lowell. Massachusetts area, but around the country. This may affect a senior’s vote, and the right to choose their candidate.

Last September 9th, 2015, I was due to re-new my driver’s license. I went down to the Registry in Lowell, Mass. and after a good hour of standing in line, I was finally in front of the clerk. He reached out and handed me a form, said to fill it out and bring it back.

My only thought was, after filling the form, I will have to stand in line for another hour for
the room was packed.

I didn’t think anything of filling out the paper work. It looked like a simple form. I found a small space on a desk and started to fill it out. I answered what was asked, and then I came to a question that I also didn’t think anything of at the time. It asked if I wanted to change my political party, and if so, to check the appropriate box. I was thinking of going Independent, and I thought this was a simple way of doing it without going to City Hall.

What I didn’t know was that there is another party some half wit invented called “The United Independent Party” (UIP). Thinking nothing of it, and because it said “Independent,” I checked it off and thought, I am now an Independent voter.

You see what they have done is use the word Independent to describe two different “labels.” One is, The United Independent Party and the other is “Unenrolled,” but known as “Independent.” Confusing? Absolutely.

I think some people who have done this, don’t know they belong to this “UIP” label and think they are just Independent Voters.

The next thing that happened, I was sent a card. I received it about two weeks ago. The card stated I belonged to this UIP party, but since there was no candidate running under that party, I would not be able to vote. Doing some research on this UIP, I got very upset, and I called Boston.

After calling Boston and trying to change my party affiliation to, Unenrolled, known as Independent,
they would not change it. They kept saying I changed to UIP. They gave me a hard time and so, I went to City Hall in Lowell, Mass. and finally got it changed to UNENROLLED. This designation will allow me the choice between the Republican Ballot and the Democrat Ballot on our next Primary Voting Day, March 1st.

I also asked for paper work that states I am Registered to Vote, but UNENROLLED. No confusion.

I am now suspicious as to why the Registry asks this question on their forms. Confusion? Why?
Does it have anything to do with the voting process? Would the state actually steal votes to back whom ever they want into office? If you cannot vote at certain times with this UIP designation, that can very well happen. All of this is now questionable.

Another thing I found out at City Hall. In Massachusetts, we have “motor voter” laws which allows people who are getting their licenses renewed may also register to vote – like I did. But, there is no distinction that separates a U.S. citizen from an illegal alien. The Lowell City Hall clerk affirmed that our State of MA does provide Driver’s Licenses to illegal aliens. And, since you can register to vote through the Registry, our State is also providing a way that allows illegals to vote in our elections.

I cannot believe this. If we go to another country illegally, can we vote? No, we cannot.

If illegals can vote they can be swayed to do whatever a state wants for a politician they favor. This has to be fought, for it goes against the Constitution and our rights as American citizens. This is what is happening in our state and across the country. 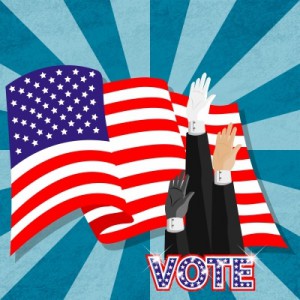 Seniors, if you want to change your political party, please don’t do it at the Registry of Motor Vehicles. Go to your Town or City Hall in your city or town and make sure you fill out what you want. Above all, don’t leave without a copy.

This year, voting is so important. The future of our country is at stake. Please get out and vote.

If you cannot vote because of a disability, or any other reasons, call your local Senior Center in your area. They are tremendous people, and they will assist you in making sure your vote is counted.

I would appreciate a comment on this very important issue, especially if you have had a similar experience.